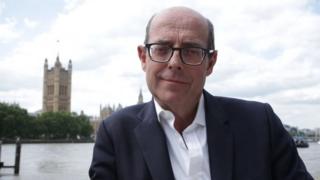 Figures from seven major political parties will be quizzed in a live TV election debate later.

Senior members of the Tories, Labour, Lib Dems, SNP, Greens, Plaid Cymru and the Brexit Party will take part in the debate chaired by Nick Robinson.

Each will have opening and closing statements and they will face questions from the audience in Cardiff.

Channel 4 hosted a live debate on climate change on Thursday, but the Conservative Party and the Brexit Party declined to take part prompting a row between the party and the broadcaster.

This is the first seven-way debate of this election.

The first TV debate, between Prime Minister Boris Johnson and Labour leader Jeremy Corbyn, took place on 19 November. The BBC’s political editor Laura Kuenssberg says the event was unlikely to be a “game-changer”.

In the UK, it will be broadcast on the BBC News channel and on iPlayer from 19:00 to 20:30 and streamed live on the BBC News website, where you can also follow the latest reaction and analysis on our live page.

There’ll also be a half-hour preview programme starting at 18:30 and an hour-long programme live from the “spin room” afterwards, with reaction from specialist correspondents from the Reality Check team.

It will also be broadcast live on BBC Radio 5 Live. You can listen live here or on the BBC Sounds app.