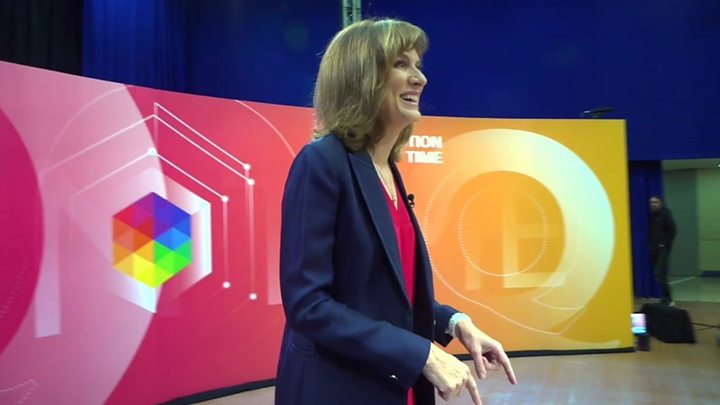 The leaders of the Conservatives, Labour, Liberal Democrats and the SNP will be quizzed by audience members later on a BBC Question Time special.

The live programme, hosted by Fiona Bruce in Sheffield, will be broadcast on BBC One at 19:00.

Boris Johnson, Jeremy Corbyn, Jo Swinson and Nicola Sturgeon will have 30 minutes each to answer questions.

The first live TV debate between the prime minister and Labour leader took place on ITV earlier this week.

In the UK, the Question Time Leaders’ Special will be broadcast on BBC One and on iPlayer from 19:00 to 21:00 and streamed internationally on the BBC News website, where you can also follow the latest reaction and analysis on our live page.

The BBC will also host a live head-to-head debate between the Conservative and Labour leaders on 6 December, plus a seven-way podium debate between senior figures from the UK’s major political parties on 29 November, live from Cardiff.