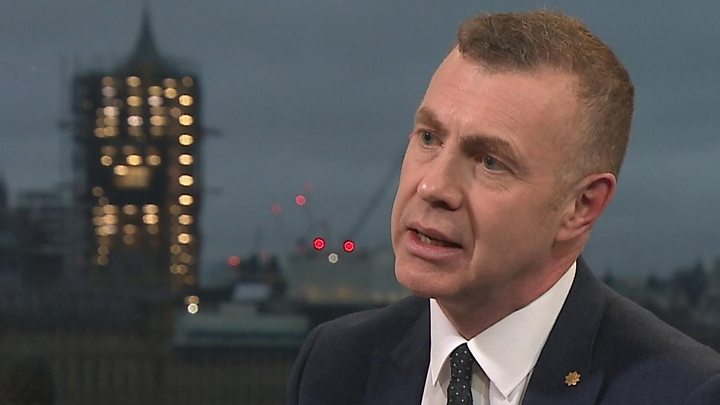 Plaid Cymru would seek to take Wales back into the European Union as an independent nation if Brexit happened, its leader Adam Price has said.

While a majority in Wales voted Leave in 2016, he said Brexit would cause “untold damage” to the Welsh economy.

Mr Price, whose party is defending four seats at the election, is campaigning for an independence poll by 2030.

But in terms of conditions for backing Labour in a hung parliament, he said issues like poverty were more urgent.

Plaid Cymru is campaigning for a fresh referendum on Europe, in which it would back Remain.

In a party leader election interview with the BBC, Mr Price told Jo Coburn there were many reasons why people had voted for Brexit, but a fresh referendum was the only way of testing whether they backed Boris Johnson’s deal.

Asked how he would react if Leave won again, he said: “We would accept the mandate then for the UK to leave the European Union, but we would want Wales to become an independent country and a partner nation [with the EU].”

He defended Plaid Cymru’s decision to stand down in four seats as part of a pro-Remain alliance with the Lib Dems and Greens, saying the pact increased the chances of more Plaid Cymru MPs being elected.

“At this unique time, it is absolutely right to maximise the chances of securing the largest number of MPs from pro-Remain parties,” he said.

Since becoming Plaid Cymru leader in 2018, Mr Price has promoted his goal of holding a referendum on independence for Wales by 2030 if his party wins the 2021 Welsh election.

It was the second largest party after the 2016 election, winning 12 of the 60 Welsh Assembly seats behind Labour on 29.

While SNP leader Nicola Sturgeon has made her support for a minority Labour government conditional on approval for a second referendum on independence, Mr Price was less insistent, saying his party would back Labour legislation on a “case-by-case” basis for more pressing needs.

“Independence is a long-term solution to all of our problems, but 200,000 children that are living in poverty cannot wait till then so we need action now,” he said.