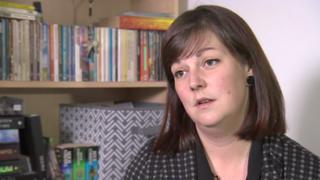 Police are investigating after a Liberal Democrat candidate received a threat to burn down her house.

Hannah Perkin said the threat – written on the back of a campaign leaflet – had been “intimidating” and “scary”.

The candidate for Faversham and Mid Kent said the vitriolic language faced by candidates was linked to “rhetoric” used by politicians in Parliament.

Kent Police said it was working to establish if any criminal offences had been committed.

Ms Perkin, a borough councillor in Swale, said police officers and fire fighters were due to assess her home to see how they could “safeguard our family against anything that might potentially happen in the future”.

Asked what lay behind the threat, she said: “Brexit has obviously been a contentious issue for a number of years now and there is a lot of anger around that.

“That kind of rhetoric, that happens within Westminster especially, is really damaging and we should be pushing back against that and saying this kind of language is not acceptable.”

She has received support from across the political spectrum since posting about the “heartbreaking” experience on Twitter, with messages from Tory candidate Helen Whately and Labour’s Rosie Duffield, who is standing in neighbouring Canterbury.

Really sorry to hear you’ve been threatened. I know how scary and horrible it is, for you & your family. It’s totally wrong: in our democracy people should express their views at the ballot box, not with threats. No one standing for election should be abused or threatened.

Really sorry Hannah, awful situation. V glad to hear the Police are helping you but of course this shouldn't need to happen.

“The contents will be assessed to determine if any criminal offences have been committed and if the sender of the communication can be identified,” he said.

Candidates in Faversham and Mid Kent