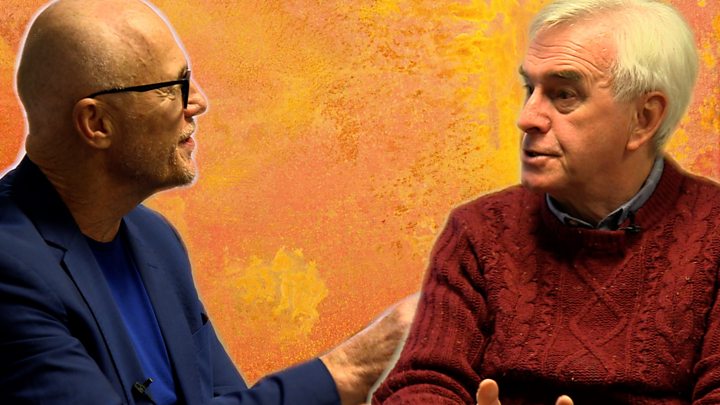 Media captionJohn Caudwell: “Nearly every wealthy person I know, including me, is thinking of leaving the UK if Labour get in”

The Conservative Party received £1.4m in donations in the final two days of the general election campaign, according to the Electoral Commission.

The biggest donor was Phones4U founder John Caudwell, who gave the Conservatives £500,000.

Labour, the Lib Dems and other parties did not get any donations above £7,500 in the final two days.

Billionaire businessman and philanthropist Mr Caudwell told the Daily Telegraph he decided to make the donation on the Monday before the general election over fears that Labour would get in.

He said he had never donated to a political campaign before, apart from to Tory MP Sir Bill Cash’s campaign for Brexit.

In total, across the six pre-poll donations reports, political parties in the UK reported receiving a combined total of £30,721,998 in donations, the Electoral Commission said.

Just £231,333 was donated to parties in the final two days of the 2017 general election campaign, with most going to the Conservatives.

The second biggest donor in the final two days of the 2019 campaign was Sir Ehud Sheleg, the Conservative Party’s co-treasurer, who gave the party £375,000.

Sir Ehud, an Israeli-born entrepreneur who owns an art gallery in Mayfair, has donated more than £3.4m to the party in recent years.

The SNP received a £14,929 donation from one individual, Moira Louise Stratton, in the final two days.

Former Tory Donor Christopher Harborne made two gifts of £25,000 to the Brexit Party in the final two days, having already handed the party more than £3m since the summer.

Mr Harborne is the boss of private plane dealers Sherriff Global Group and the owner of AML Global, which sells jet fuel.

The latest figures put the Conservatives on nearly £20m in registered large donations, compared with £5.4m raised by Labour, although this does not include small donations from party members and supporters.

The biggest non-individual donor across the entire reporting period was the union Unite, which has given £3.2m to the Labour Party.