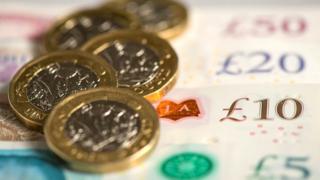 The Conservatives raised more than £2.5m in large donations during the final reporting week of the election campaign, more than any other party.

The Brexit Party took in nearly £1.5m during the same period, while Labour came a distant third with £165,471.

The Electoral Commission reported £130,000 in donations to the Lib Dems during the 4 to 10 December period.

The figures do not represent all donations, as only those above £7,500 have to be reported.

Donations received during the final two days of campaigning in the run-up to the poll on 12 December will be reported on Monday.

Among smaller parties, the Green Party took in £24,727, while Advance Together, a party set up after the Grenfell Tower fire to call for more local accountability, reported receiving £39,750.

The biggest donation to the Conservatives was £500,000 from hedge fund manager Jonathan Wood, who was also a donor to Boris Johnson’s leadership bid.

About three-quarters of large donations received by the Conservatives came from individuals, with almost all the rest coming from companies.

The party’s coffers were also boosted by a £500,000 loan from the Trailfinders travel agency.

Labour’s biggest registered donation during the period was £75,000 from trade union Associated Society of Locomotive Engineers and Firemen (ASLEF).

Meanwhile, all of the near-£1.5m raised by the Brexit Party came from businessman Christopher Harborne, a former donor to the Conservatives.

The latest figures continued to show a widening gap between large donations received by the two main parties during the course of the campaign.

Official reports published so far put the Conservatives on nearly £18m in registered gifts, compared with £5.4m raised by Labour.

The Brexit Party is currently third with reported donations of £4.1m – with Mr Harborne accounting for nearly £3.5m of their total.

The biggest non-individual donor across the reporting period so far has been the union Unite, which has given £3.2m to the Labour Party.

As with every general election, money started flying around shortly after MPs backed the poll in late October.

Large donations taken by the Conservatives in the