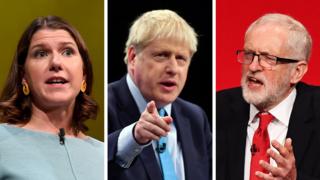 Neither the Conservatives nor Labour are offering “credible” spending plans ahead of the general election, an influential research group has said.

The Institute for Fiscal Studies (IFS) said it was “highly likely” the Tories would end up spending more than their manifesto pledges.

Labour, it warned, would be unable to deliver its spending increases as it has promised.

Neither party was being “honest” with voters, IFS director Paul Johnson said.

The Liberal Democrats’ manifesto, he said, would involve lower levels of borrowing than under Labour or the Conservatives, but would still be seen as “radical” in “most periods”.

However, he added that, given the uncertainty around Brexit, it was difficult to determine what the exact effects of the three parties’ offers would be.

Labour, the Conservatives and the Lib Dems have all published their manifestos, including spending and taxation plans, ahead of the 12 December general election.

Labour is promising to renationalise rail, mail, water and energy, as well as give a 5% pay increase to public sector workers in its first year in government, if elected.

The Lib Dems say stopping Brexit would deliver an extra £10bn a year for public services – they also want to increase all income tax rates by 1% to fund more NHS spending.

The Conservatives have pledged to postpone a scheduled corporation tax cut – from 19% to 17% – to increase spending on public services. 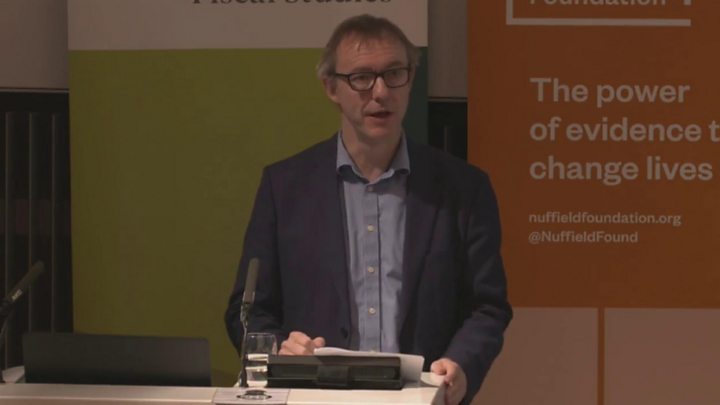 Media captionIFS: ‘The choice could not be clearer’ for voters

Paul Johnson said that, under Tory plans, spending on public services apart from healthcare would still be 14% lower by 2023/24 than it was in 2010/11.

Despite this, he said the Conservatives were continuing to “pretend that tax rises will never be needed to secure decent public services” – and said a pledge from the party not to raise income tax, national insurance or VAT over the next five years was “ill-advised”.

“It is highly likely that the Conservatives would end up spending more than their manifesto implies, and thus taxing or borrowing more,” he added.

Mr Johnson also said it was “highly likely” Labour would need to raise taxes beyond what it is promising to pay for its proposed £80bn a year in extra spending.

He said it was “clearly not the case” the party’s plans would see taxes rise for only the richest 5% of taxpayers.