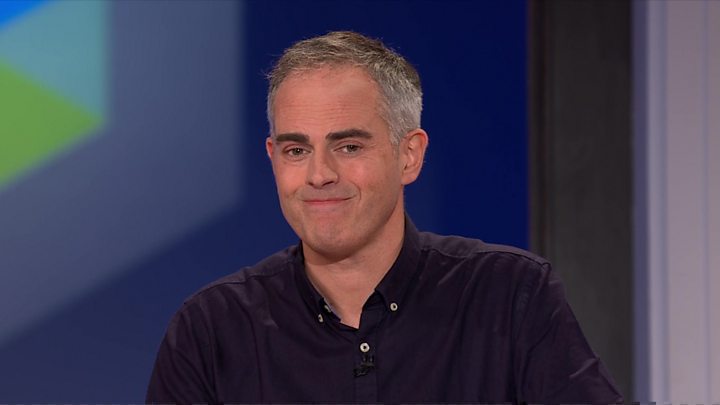 Media caption“Business as usual is not an option”

Green Party co-leader Jonathan Bartley said the UK has to “get off our addiction” to fossil fuels.

He told a BBC Ask The Leaders special that “every single Green vote” would “send a message” that “we urgently need to change course”.

Policies he set out on climate action included a frequent flyers levy and a phasing out of petrol and diesel cars.

He also defended his party’s pledge to spend £1tn tackling the “climate emergency” over 10 years.

On leaving the EU, the leader said he believed a “people’s vote” was the “best shot” of solving the Brexit deadlock.

The special BBC One programme – part of a series with party leaders ahead of the general election – will air at 22:45 GMT.

The Green Party of England and Wales want carbon emissions to be eliminated by 2030.

The party has pledged to spend £1tn over 10 years to tackle the “climate emergency” if they get in to power, most of which will be borrowed.

“Every single Green vote at this election will send a message to Westminster that we urgently and desperately need to change course,” Mr Bartley said, who shares leadership of the party with Sian Berry.

“The impact of the climate emergency if we don’t address it now does not bear thinking about.

“We have a once in a lifetime opportunity to change direction.”

He said politicians on all sides had been “falling over themselves” to “green up” their policies – and he claimed a vote for the Green Party has “huge influence” over other parties.

Defending his party’s spending pledge, he said: “Business as usual is not an option. We have to make this level of investment.”

He said it “makes sense to spread out borrowing,” which would add up to £91.2bn a year under the Green plans, and the country had been “let down by a decade of austerity”.

The Green Party also wants to introduce a carbon tax that will apply to all oil and gas extraction and to the use of petrol, diesel and aviation fuels.

Frequent flyers will also face a levy, the party has said. Petrol and diesel cars will be phased out by 2030.

When challenged on how this proposal will impact jobs in car factories, he said: “If you’ve got a car factory and you’re producing petrol or diesel cars,