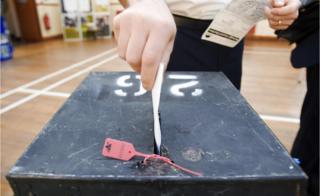 The issue of tactical voting is looming large in discussions about how the 2019 general election will play out.

Tactical voting happens when a voter abandons the party or candidate they prefer, and votes for one with a better chance of winning locally – often, but not always, in order to defeat a disliked candidate.

Relatively small changes in the number of votes a candidate receives have the potential to make a big difference.

At the 2017 election 174 MPs were elected with less than half the vote, and in 2015 it was 334 out of 650. In those constituencies, supporters of the parties that came third place or lower, could have defeated the MP by backing the second-placed party.

How many people vote tactically?

Surveys after recent elections saw about one in 10 voters – around 3 million people – saying they voted tactically.