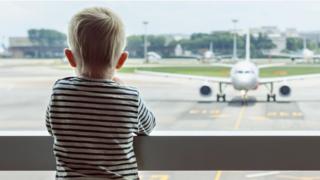 It’s been by far the greenest campaign in UK election history, with parties pledging tougher policies on the environment and climate change.

But in a year of Greta Thunberg’s UN speech and Sir David Attenborough’s documentaries on the state of the planet, how far do the parties really go?

Well, after 30 years reporting this issue, I think that for the first time major parties have policies that match up to the scale of the challenge.

There is a consensus the UK must virtually eliminate its greenhouse-gas emissions in coming decades – but the deadline varies greatly. The Green Party makes the most radical pitch, pledging to ban the gases – which are created by burning fossil fuels and contribute to global warming – by 2030. This would mean swapping petrol and diesel vehicles for electric, every home effectively insulated and gas boilers phased out. Industries such as steel and chemicals would need to capture the harmful carbon they emit.

The Greens say this must happen to protect the climate – but there’s a serious question over whether it can be achieved.

Perhaps the biggest environmental surprise is Labour’s passionate warning “we stand on the brink of unstoppable change”. The party had been flirting with a 2030 target, like the Greens’, but now aims to halt emissions within the 2030s. The Lib Dems, meanwhile, say 2030 is impossible. Like the SNP, they say they would stop emissions by 2045 – which would itself be quite a feat.

The Conservatives pledge major commitments too – but their tone and ambition are more muted in many areas. They are sticking to the 2050 target announced in June. That was – and still is – a world-leading goal that will be very hard to deliver.

But in the midst of the current debate, 2050 somehow looks a little tame.

For politicians of all parties, though, the most immediate challenge will be to produce detailed plans showing how the economy can be transformed.

Paying for a green transformation

The Green Party says protection of the environment must be at the heart of all government policy. They would borrow £100bn a year for this transformation, with mass home insulation and new industries creating clean jobs as dirty industries close down.

A few years ago, that amount would have been universally ridiculed.

There are questions as to whether Britain’s green industries are sufficiently developed to spend all that money – but some argue borrowing to fund a new industrial revolution makes some sense.