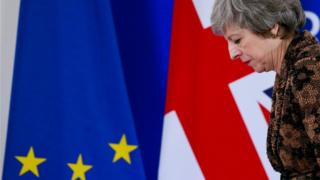 Theresa May’s successor as prime minister should not call a general election until Brexit is completed, a cabinet minister has warned.

His comments come after cross-party talks aimed at breaking the impasse collapsed on Friday.

Meanwhile, a poll of Tory members for The Times puts Boris Johnson as the favourite to succeed Mrs May.

Mr Hancock told the Daily Telegraph it would be a “disaster” to call a general election before the UK had left the EU as “people don’t want it”.

He added: “We need to take responsibility for delivering on the referendum result.”

Mrs May has promised to set a timetable for leaving Downing Street following a House of Commons vote on her EU Withdrawal Agreement Bill in the week beginning 3 June.

Brexit had been due to take place on 29 March – but after MPs voted down the deal Mrs May had negotiated with the bloc three times, the EU gave the UK an extension until 31 October.

This prompted talks between the government and Labour to see if they could agree a way to break the impasse but those negotiations ended this week without an agreement.

Mr Hancock said the current circumstances would make it difficult to predict the result of any general election before Brexit.

He added: “We’ve got to deliver Brexit in this parliament, then we can move forward.”