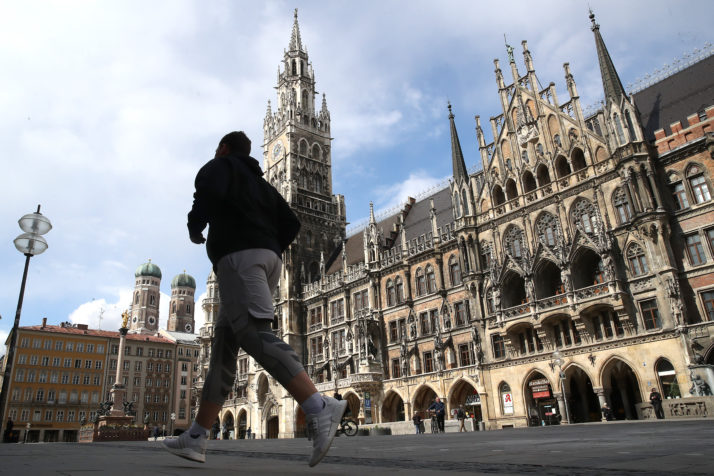 The Berlin government and the federal states were unable to find an agreement on the controversial accommodation ban implemented by some regional governments. | Alexander Hassenstein/Getty Images

Actions taken now to be ‘decisive’ for future course of the pandemic, Angela Merkel says.

BERLIN — Germany late on Wednesday announced new restrictions on public life in an effort to combat a surge in coronavirus cases.

Chancellor Angela Merkel and the premiers of the country’s 16 federal states agreed on limiting private gatherings to 15 attendees and a curfew for bars and restaurants from 11 p.m. in areas with a weekly rate of more than 35 new cases per 100,000 inhabitants.

“We have decided on this prophylactic number of 35 because we have seen some examples of how fast the increase happens from 35 to 50,” Merkel said at the press conference after the meeting, which lasted eight hours.

Once a threshold of 50 new cases per 100,000 people is exceeded, even tougher restrictions will apply: Private gatherings will be limited to 10 people and bars and clubs will have to shut.

“I am convinced that what we do now will be decisive for how we come through this pandemic,” Merkel said. She called “especially on young people to do without a few parties now in order to have a good life tomorrow” after partying youth were blamed for several localized outbreaks in German cities.

The Berlin government and the federal states were unable to find an agreement on the controversial accommodation ban implemented by some regional governments,