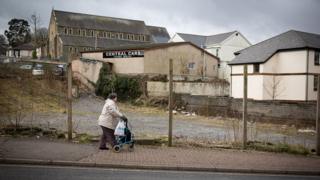 The government must “think big” and spend more if it is serious about levelling up the UK’s regions, an independent inquiry has said.

An extra £200bn of regional funds should be channelled to disadvantaged parts of the country over the next two decades, the UK2070 Commission said.

“Many people in Britain feel left behind by growth elsewhere and that has contributed to an acrimonious debate about Europe. We now face a decade of potential disruption – leaving the European Union, confronting the impact of climate change and adjusting to the fourth industrial revolution,” said commission chairman Lord Kerslake, a former head of the civil service.

The report blames “an over-centralised system”, as well as policies that were fragmented, under-resourced and too short-lived.

“We cannot afford to keep on repeating those mistakes. Government must therefore think big, plan big and act at scale. Bluntly, if it can’t go big, it should go home,” Lord Kerslake said.

A lot has been promised by the government about “levelling up” and the regions have heard the political rhetoric coming from the top loud and clear. But what exactly does it mean?

This report is one of a number seeking to take the political rhetoric from the 2019 general election and turn it into a plan, and, frankly, demands for funding.

The UK2070 report, backed by many independent elected mayors, focuses on a variety of different elements driving regional inequality in the UK. It ponders the question as to why the UK is one of the most regionally unequal advanced nations in the world.

The basic answer is that the unbalanced British economy is a choice, the reflection of decisions, and with the right long-term thinking, it could be rebalanced.

As the name of the 2070 project suggests, its aims are long-term. And the central demand beyond better transport and more devolved powers is that post-Brexit regional funds need to be trebled to £15bn a year – providing £200bn more to transform Britain’s economic geography and spread growth and opportunity to every corner.