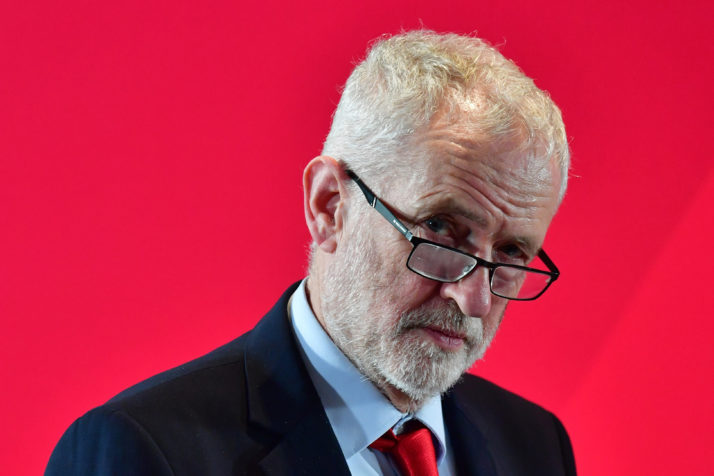 Jeremy Corbyn to stay ‘neutral’ in a second Brexit referendum

LONDON — Jeremy Corbyn would adopt a “neutral stance” during a second Brexit referendum following a Labour win in the U.K. general election.

Speaking on the BBC’s Question Time leaders’ special on Friday, the Labour leader, who currently trails Prime Minister Boris Johnson in the polls, said he would focus on delivering the result of a second vote on Brexit and bringing the country together if he wins the December 12 election.

The move risks alienating both Labour supporters — including several in the shadow cabinet — who back Remain and significant numbers of voters in Labour heartland who voted to Leave the European Union in 2016.

Corbyn was the first of four party leaders to face 30 minutes of questioning from a TV audience in Sheffield on Friday night. He was followed by Scottish National Party leader Nicola Sturgeon, Liberal Democrat leader Jo Swinson and Prime Minister Boris Johnson.

“My role and the role of our government will be to ensure that that referendum is held in a fair atmosphere and we will abide by the result of it,” Corbyn said. “And I will adopt, as prime minister, if I am at the time, a neutral stance so that I can credibly carry out the results of that to bring communities and country together rather than continuing an endless debate about the EU and Brexit.”

Corbyn had previously refused to say whether he would campaign for either Remain or Leave in a second ballot.