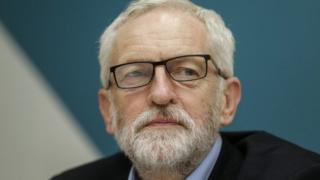 Labour leader Jeremy Corbyn will stand down if he does not win power at the next general election, his close ally John McDonnell has said.

The shadow chancellor told GQ magazine he “can’t see” how Mr Corbyn could stay on if he lost for a second time.

But Mr McDonnell ruled himself out as a successor, saying the next leader should be a woman.

Mr Corbyn took over from Ed Miliband as leader in 2015 and saw off a challenge from Owen Smith the year after.

Under his leadership, Labour did better than expected in the snap 2017 election but still got 56 fewer seats than the Conservatives.

In an interview for GQ with Alastair Campbell, Tony Blair’s former adviser, Mr McDonnell was asked whether it was possible for Mr Corbyn to carry on if he failed to win next time around.

He replied: “I can’t see… I think it is the same for my own personal position, I can’t see so.

“What we’d do is as the tradition, which is have an election for a new leader.”