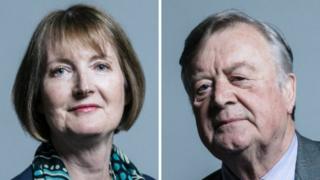 Ms Swinson has rejected Jeremy Corbyn’s proposal that he should be installed as a caretaker PM if he wins a vote of no confidence in the government.

She said Mr Corbyn did not have the necessary support from opposition MPs.

However, she said she would be prepared to meet him to discuss alternatives. 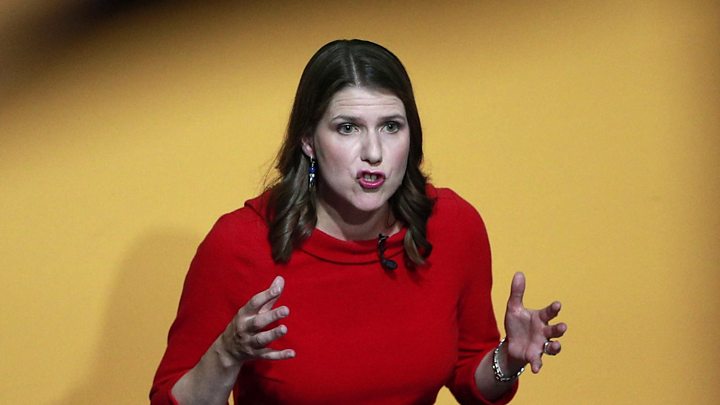 Ms Swinson put forward Mr Clarke and Ms Harman – who are the longest-continuously serving male and female MPs – as potential caretaker prime ministers, saying they were both experienced and command respect across Parliament.

“I have been in touch with them because obviously you don’t just mention people’s names without checking that they’re OK with that,” she told BBC Radio 4’s Today programme.

“They put public duty first and they don’t want to see a no-deal Brexit,” she added.

“If the House of Commons asks them to lead an emergency government to get our country out of this Brexit mess and to stop us driving off that cliff to a no-deal, then yes, they are prepared to do that.”

However, Ms Swinson said she would be open to discussing alternative suggestions with Mr Corbyn of “an experienced MP who has that respect across the House”.

On Thursday, Mr Corbyn set out his plan to prevent a no-deal Brexit, which involves calling a vote of no confidence in the government and – if that is successful – a snap election, where he would campaign for another referendum.

The SNP and Plaid Cymru did not rule out supporting a cross-party government to stop a no-deal exit and some Tory rebels suggested they would hold talks with Mr Corbyn.

Former minister Guto Bebb said MPs should “take seriously” the offer, arguing that a short-term Mr Corbyn government would be “less damaging than the generational damage that would be caused by a no-deal Brexit”.

But senior Tory Remainer Dame Caroline Spelman and the Independent Group for Change refused to support any Corbyn government.

Prime Minister Boris Johnson has said he wants a deal with the European Union,