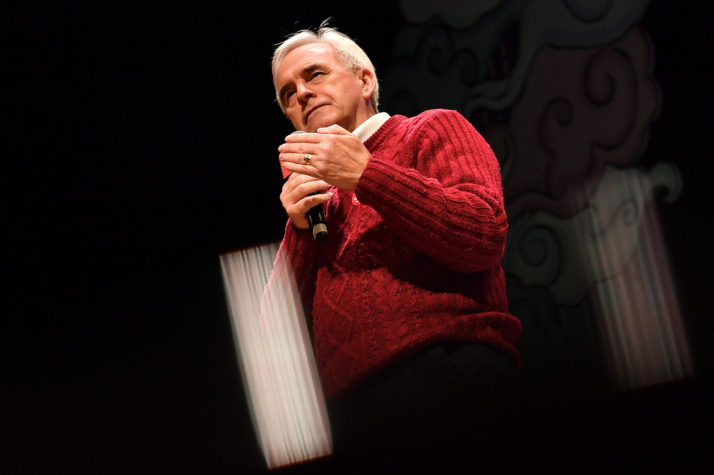 Brexit will not be the only factor determining the outcome of the UK election, says shadow chancellor.

At a campaign event in Birmingham Wednesday, McDonnell was challenged by journalists on whether the Labour Party is managing to prevent Brexit-backing voters from deserting to the Conservatives.

He replied that Jeremy Corbyn’s party is focused on its Brexit policy, which consists of negotiating a new “credible and sensible” Withdrawal Agreement with the EU within three months of forming a new British government, and putting that deal to a referendum with Remain as the alternative option within six months.

“Those people who still wish to see Britain leave have a sensible option to vote for, but people also have an option to remain,” McDonnell said.