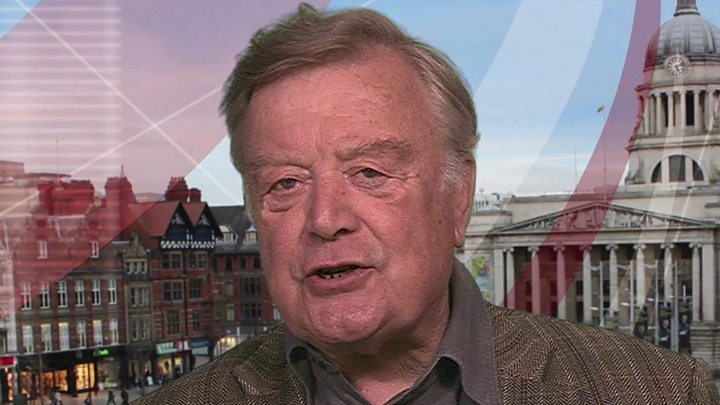 Conservative MP Ken Clarke has said he would not reject an offer to become caretaker prime minister if it was “the only way” to stop a no-deal Brexit.

Mr Clarke told the BBC the idea was “not inconceivable”.

But Prime Minister Boris Johnson has pledged that the UK will leave the EU by 31 October “do or die”.

He has said he wants to strike a deal with Brussels, but if this is not possible, Brexit will go ahead as planned.

Meanwhile, Labour leader Jeremy Corbyn has said he plans to win a no-confidence vote in the government, become an interim prime minister, delay Brexit, call a snap election and campaign for another referendum.

However, some MPs have said Mr Corbyn does not have enough support in Parliament to enter Downing Street.

Mr Clarke, a strong supporter of the EU who has three times run to become Conservative leader, told BBC Radio 4’s PM he would “not object to” the idea if it was “the only way in which the plain majority in the House of Commons that is opposed to a no-deal exit” could find a way forward.

He said that preventing a no deal through legislation could be the “best method” but added: “If that fails, you need a government of national unity… It is not a senseless suggestion.”

Mr Clarke also said: “A government of national unity is just one of the things that might be called for. It’s not inconceivable. I mean, we’re in a similar situation to 1931 [when the world faced a large recession] and rather wildly to the two world wars, when the same thing happened.

“But there’s an awful lot to be gone through before then and I haven’t been taking part in any talks with anybody for the last fortnight. I’ve been on the phone to one or two people in the last couple of days just to find out what the devil’s going on.”