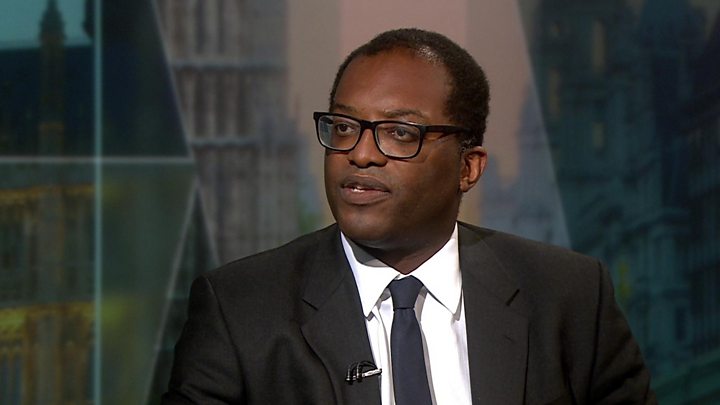 A minister has been criticised for suggesting that “many people” believe judges are biased about Brexit.

Kwasi Kwarteng said it is “fact” that people think judges are not impartial after a Scottish court ruled that suspending Parliament was illegal.

The business minister told the BBC’s Andrew Neil Show: “I’m not saying this, but, many people… are saying that the judges are biased.”

Mr Kwarteng, who campaigned for Brexit in 2016, told Andrew Neil that there was concern about the extent to which judges are “interfering in politics”.

He said: “I think that they are impartial, but I’m saying that many people, many Leave voters, many people up and down the country, are beginning to question the partiality of the judges.

“That’s just a fact. People are saying this all the time, they are saying ‘why are judges getting involved in politics’… we’ve got to be honest about the debate.”

He added: “The extent to which lawyers and judges are interfering in politics is something that concerns many people.”

Lord Campbell, who was Liberal Democrat leader from 2006-7, said he expected more of Mr Kwarteng.

“I would expect a government minister to understand the importance of the independence of the judiciary and not make any comments that might undermine public perceptions,” he said.

Housing Secretary Robert Jenrick distanced himself from Mr Kwarteng’s comments when asked about them on Robert Peston’s ITV programme on Wednesday.

He said: “We must back the judges in this country to uphold the rule of law.

“I would go back to, though, the comment that was made by the High Court which said I think that the words they used were, ‘You have to be very cautious before you intrude into debates between the executive and Parliament’.

“And, so, obviously this will be a matter that will now be decided by the Supreme Court but I suspect they will be mulling over those issues.”

Sir David, who was effectively Theresa May’s deputy when she was prime minister, tweeted that he had “seen no evidence of the courts getting involved in politics but rather English and Scottish courts grappling with important legal/constitutional questions referred to them by UK citizens –