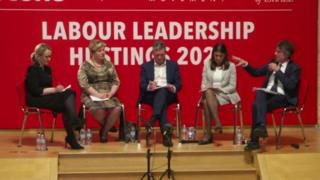 All four Labour leadership candidates have apologised to Jewish members over the party’s handling of anti-Semitism, at a heated debate in London.

Rebecca Long-Bailey said she had spoken out over the issue at shadow cabinet, but she could have “done more”.

Her leadership rival Emily Thornberry had accused her of inaction on the issue during a debate on Wednesday.

The Jewish Labour Movement, a party affiliate which co-hosted the hustings, is yet to back a candidate.

Ms Thornberry, the party’s shadow foreign secretary, is the only contender yet to secure her place on the members’ ballot beginning next week.

She is fighting to qualify for the final stage before a midnight deadline on Friday by trying to secure nominations from a total of 33 local branches.

During the 90-minute hustings at a synagogue in north London, all four candidates were pressed on their record on, and ideas to tackle, anti-Semitism within the party.

The party’s handling of the issue has dominated the tenure of outgoing leader Jeremy Corbyn, who is standing down following the party’s defeat at December’s election.

All candidates committed to implementing the recommendations of an ongoing inquiry into the issue from the Equality and Human Rights Commission (EHRC).

The watchdog launched the probe into whether the party had “unlawfully discriminated against, harassed or victimised people because they are Jewish” in May last year.

Asked whether she had spoken with shadow cabinet members about anti-Semitism, Ms Long-Bailey said she had, but added: “Was that enough? No it wasn’t.”

“Could I have done more? Yes.”

It comes after a BBC Newsnight debate on Wednesday, when Ms Thornberry accused Ms Long-Bailey of failing to push for tougher action on the issue within the shadow cabinet.

Ms Thornberry said that along with Sir Keir, she had called for “regular reports” on cases within the party but Ms Long-Bailey had not done the same.

The shadow business secretary rejected this, responding: “I did, I think you’ll find.” 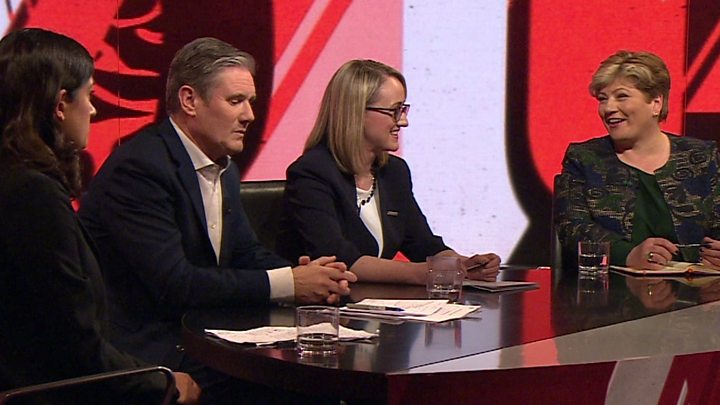 Ms Thornberry said the party was now dealing with the issue of anti-Semitism by kicking out members,