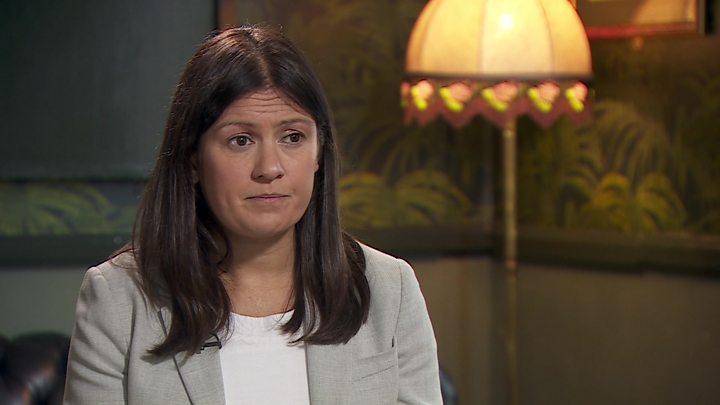 Ms Nandy said she raised her concerns with the Labour leader before she quit his shadow cabinet in 2016.

She said some members of his team “made it very, very clear they were going to continue to wage that factional war until the other side had been crushed”.

Allies of Mr Corbyn say it is “nonsense” to suggest he wanted to wage “war” on another part of the party.

She insisted that she had tried, with a group of “soft left” MPs, to hold the team together at a meeting with Mr Corbyn and other senior figures.

But the attitude of those around Mr Corbyn made her decide to quit as shadow energy secretary, she told the BBC’s political editor.

“Some senior politicians in his own team, they made it very, very clear that they were going to continue to wage that factional war until the other side had been crushed,” she said.

She said it was “one thing” to have backbenchers waging factional wars with colleagues but “quite another thing to hear the leadership of the Labour Party state a commitment to doing that”.

She added: “It wasn’t Jeremy but there was no point at all at which he contradicted that.”

Allies of Mr Corbyn have acknowledged that the meeting did take place just after the referendum in 2016.

But they dispute Ms Nandy’s version of events, citing the fact that Mr Corbyn later invited some of those who opposed his leadership back into the shadow Cabinet.

Sources say it is “nonsense” to suggest that Mr Corbyn wanted to wage a “war” on another part of the party, the BBC’s political editor says.

Laura Kuenssberg has previously interviewed Ms Nandy’s leadership rivals Rebecca Long-Bailey and Sir Keir Starmer. The winner of the contest will be announced on 4 April.

Long known in Labour circles as a straightforward politician and an interesting thinker, she has been the most willing to speak out about the mistakes the party made in recent years.

That’s been easier for her as she quit the party’s leadership team.