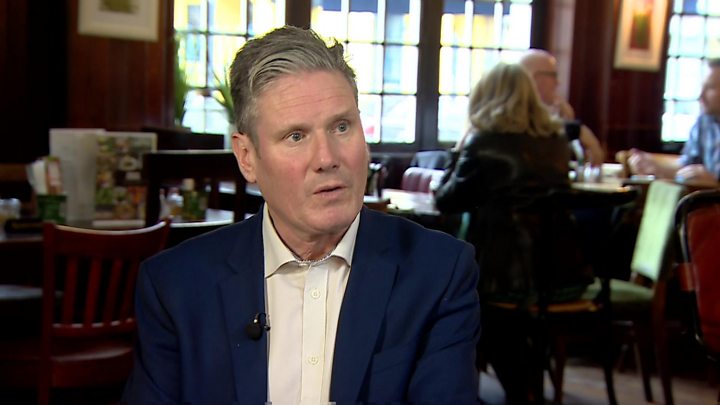 The leadership candidate said the party had been losing votes in its heartlands for a “long time” and had lost four general elections in a row.

People wanted “fundamental change” but did not trust Labour to deliver it, he told the BBC’s Laura Kuenssberg.

He vowed to restore trust in Labour “as a force for good and a force for change” and end factional infighting.

But he refused to say whether his politics were closer to Tony Blair or Jeremy Corbyn, saying: “I want to lead a Labour Party that is trusted enough to bring about fundamental change.

“I don’t need somebody else’s name or badge to do that.”

The BBC’s political editor is aiming to interview all five Labour leadership hopefuls before the result is announced on 4 April.

Sir Keir, who has been endorsed by Britain’s biggest union, Unison, said he could “unify the party” and “forge a path to victory at the next general election”.

“We need to unify the party and I think I can do that,” he said.

“We spent far too much time fighting ourselves and not fighting the Tories. Factions have been there in the Labour Party – they’ve got to go.”

Some on the left have blamed the election defeat on Sir Keir and others at the top of the party promoting another Brexit referendum.

He said: “We were trying to bring together both sides whether they voted Leave, or they voted Remain. 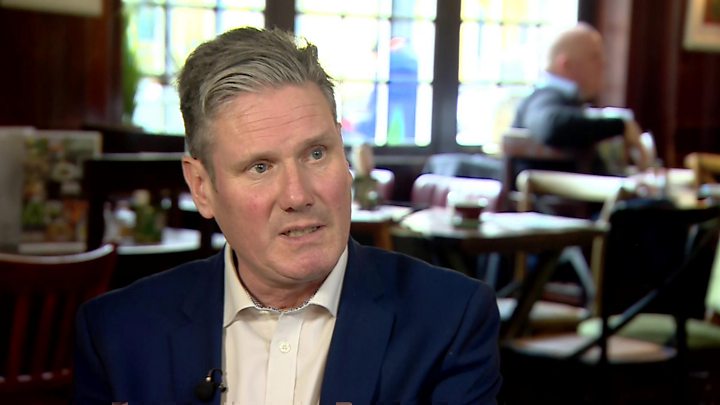 Media captionSir Keir Starmer: I think I can restore that trust in Labour

“But I think the idea that Brexit was the only issue in this election is wrong, or even that in our heartlands it was the determining factor because actually if you look at what’s happened in our heartlands we’ve been losing votes there for a long time.”

Speaking at a pub in Somers Town, in his Holborn and St Pancras constituency, he said he believed Labour could win last year’s election, even though the “odds were against us”, but added: “In the end people didn’t have trust in us.

He said Labour needed to “restore that trust,