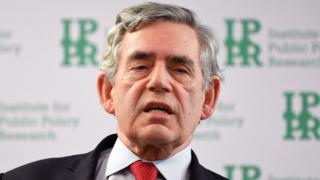 Former Labour prime minister and party leader Gordon Brown has announced he is supporting Sir Keir Starmer as the party’s next leader.

In a video posted on social media, Mr Brown said: “Keir Starmer has all the qualifications that are necessary for a prime minister of the future.”

The new party leader and deputy leader will be announced on 4 April.

Mr Brown said all the candidates were “worthy” to lead the party, and he praised Wigan MP Ms Nandy for focusing her campaign on empowering communities, and shadow business secretary Mrs Long-Bailey for emphasising a Green New Deal.

Mr Brown said: “There is one candidate with the expertise with the eloquence, the dedication, with the commitment, and with the values that are necessary for Labour to return to power.

In the video, Mr Brown criticised the Conservatives for “demolishing much the social fabric and post-war contract”, created by the Labour party.

“Millions of workers are on low pay, and millions of children are in poverty,” he said.

Sir Keir is considered as the front-runner in the contest.

The 57-year-old shadow Brexit spokesman was the first to qualify for the members’ ballot, gaining the support of the UK’s largest trade union, Unison, and the transport union, the TSSA. 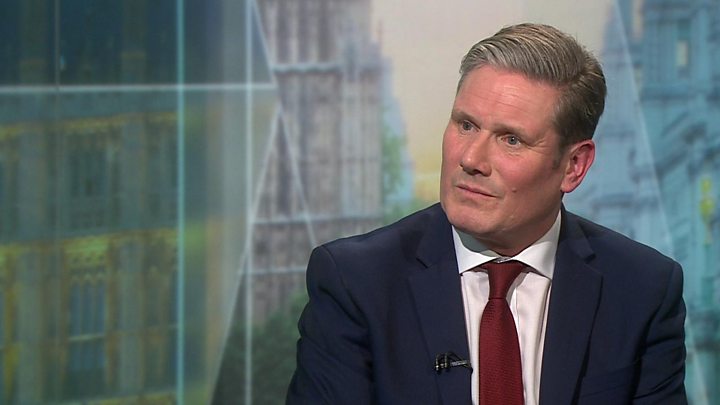 Media captionSir Keir Starmer is asked about his pitch to be the next leader of the Labour Party.

In an interview with the BBC’s Andrew Neil on Wednesday, Sir Keir was challenged on his electability and leadership skills.

Asked whether he had the charisma to transform Labour’s fortunes, Sir Keir said there were “different ways to inspire people” and his “unrelenting” mission was to return Labour to power.

In February, Gordon Brown said he was backing Scottish MP Ian Murray to take over as deputy leader of the Labour party.