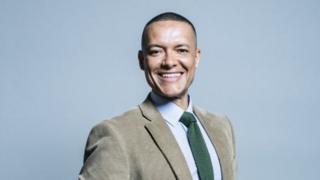 “I want our party to be internationalist, open, tolerant.”

That’s the pitch from Norwich South MP and shadow Treasury minister Clive Lewis as he enters the Labour leadership race.

But he also gave an apocalyptic vision of his party’s future if it doesn’t learn lessons from its heavy defeat.

He argues that the reasons are way beyond Jeremy Corbyn and Brexit and include “40 years of deindustrialisation”.

He told me: “We are on the edge of an existential precipice. We can’t afford to lose the next election with another set of devastating results or people will say, ‘What’s the point of the Labour Party?’”

And he called for an open, honest debate and the review of party strategy.

But how wide and open will the debate be?

It is going to be tricky – though not impossible – for Mr Lewis and some other candidates to get on to the ballot in the first place.

Under former leader Ed Miliband’s reforms, MPs were the gatekeepers in the process – the sole nominees of candidates, with no role for the unions or grassroots.

But under Mr Corbyn, two more criteria were added.

A candidate now also has to be nominated by “5% of affiliates” – translated, this means basically two of the dozen affiliated unions, or one big union and a “socialist society” such as the Fabians.

If this proves impossible then 5% of constituency parties would have to nominate – that is, more than 30 local groups.

Mr Lewis has told me that, so far, he has no union nominations, but would expect some left-led constituencies to come behind him if they want a debate.

His championing of Remain from the left and not the Blairite/centrist wing of the party endeared him to many grassroots activists.

But his difficulty is he will be fishing in the same waters as Rebecca Long-Bailey, another left-winger who is more likely to get union support.

Although I’m told that there are different views within Unite, she stands a good chance of getting its backing – and possibly Unison, too, as that union’s prominent member Angela Rayner will run on an informal “joint ticket” for deputy.

Lisa Nandy would love to get Unite’s backing instead – and will be assiduously seeking union support.