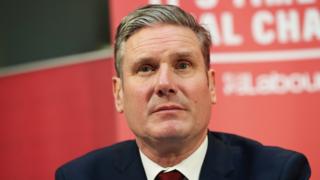 Sir Keir Starmer has confirmed he is standing in the contest to replace Jeremy Corbyn as Labour leader.

The shadow Brexit secretary, seen as a frontrunner in the contest, has written in the Sunday Mirror that Labour needs to “rebuild fast” to restore trust.

It comes hours after MPs Lisa Nandy and Jess Phillips said they were entering the race.

The contest was called after Mr Corbyn announced he would stand down as leader after Labour’s heavy election defeat.

Declaring his candidacy in the Sunday Mirror while releasing a video on Twitter, Sir Keir said Labour needed to listen to voters if it was to “restore trust”. 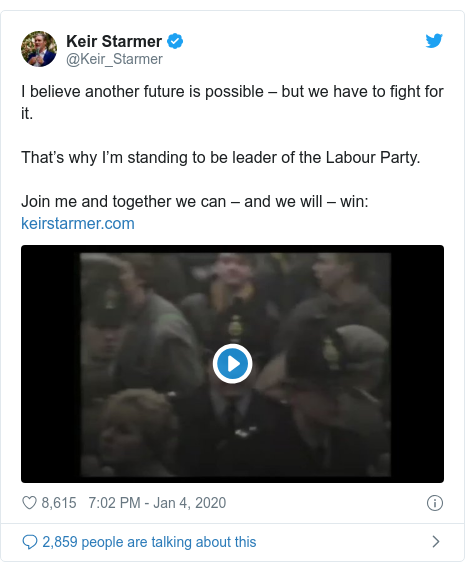 Sir Keir, who backed Remain in the EU referendum and was one of the leading figures in the party advocating for a new referendum, will kick off his leadership bid by visiting Brexit-backing Stevenage on Sunday.

Some of Mr Corbyn’s allies have blamed Sir Keir’s Brexit stance for the party’s disastrous election performance last month, where much of its traditional, Leave-backing Northern strongholds fell to the Conservatives.

“We cannot bury our head in the sand: Labour must rebuild and fast. We have to restore trust in our party as a force for change and a force for good,” Sir Keir wrote in the paper.

“The millions of people who needed change at the last election still need change. The moral fight against poverty, inequality and injustice must continue.”

However, Sir Keir said Labour could not “lose sight of our values or retreat from the radicalism of the past few years”.

Among other things, he said the party should push for a “Green New Deal” to fight climate change and make the case for a “radically transformed economy that empowers trade unions and communities that have been left behind”.

And he also called for a “human rights approach” to foreign policy and international relations, accusing ministers of “failing to hold an irresponsible US president to account” over the situation in Iran.