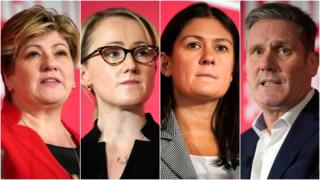 The Unite union are meeting to decide who to back as the next leader and deputy leader of the Labour Party.

Candidates need support from two unions and an affiliate group to make it onto the final ballot if they cannot secure backing from 5% of local parties.

Unite’s general secretary, Len McCluskey, has been a vocal supporter of Jeremy Corbyn during his tenure.

Speaking ahead of the meeting, he praised the outgoing leader, saying he had “changed British politics forever”.

But he said he was “looking forward to a good debate” with his union’s executive and there were “some excellent candidates” to choose from.

He dismissed speculation the union would automatically support shadow business secretary Rebecca Long-Bailey, saying: “I won’t be making any recommendation to executive. I genuinely want to wait to see what the mood is, what they are saying.”

The decision is expected to be announced at around 18:00 GMT.

Both Sir Keir and Ms Nandy have already made it onto the ballot – he has the support of Unison, the Union of Shop, Distributive and Allied Workers (Usdaw) and the Socialist Environmental and Resources Association (Sera), while she has backing from the GMB union, the National Union of Mineworkers (NUM) and Chinese for Labour.

Mrs Long-Bailey and Ms Thornberry have yet to secure the backing they need.

Sir Keir has cancelled all campaign events this weekend after his mother-in-law was involved in a serious accident. She remains critically ill in hospital.

Labour’s general secretary, Jennie Formby, also confirmed the hustings due to take place in Leeds between the leadership candidates on Saturday would be cancelled, although the deputy leadership event would go ahead.

She added: “We have sent our very best wishes and solidarity to Keir and his family, and our hope that his mother-in-law recovers very soon.” 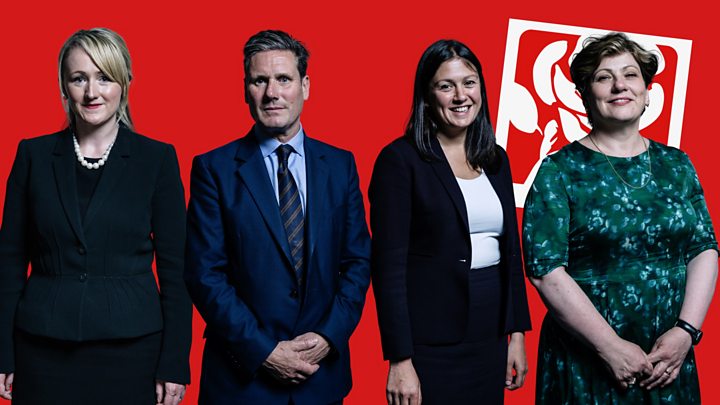 Shadow education secretary Angela Rayner is the only candidate for the deputy leadership to have made it onto the ballot, with the support of Unison, the GMB, Usdaw and the NUM.

The others in the running are Scotland’s only remaining Labour MP,