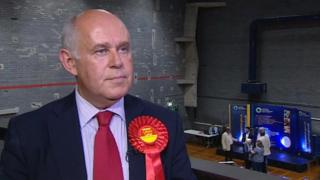 Labour’s Albert Owen has announced he is to stand down at the next general election.

The MP for Ynys Mon said personal reasons were behind his decision and he would stay until the next scheduled poll in 2022.

However he added that if there was a snap election – as has been predicted as Brexit remains deadlocked – then he would not be able to continue for a further five years.

“This is not an easy decision for me to take,” he said.

“It has been a great honour to be elected the Ynys Mon Labour MP at five parliamentary elections, and a privilege to serve my home constituency.

“Being an MP is an intense full-time job. My decision not to seek re-election is for personal reasons, I simply want to do other things and spend more quality time with my family.”