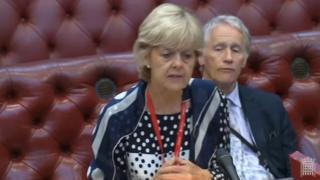 A senior Labour peer has been sacked as shadow Brexit minister for saying Jeremy Corbyn was leading the party with a “bunker mentality”.

Baroness Hayter said Mr Corbyn’s team’s refusal to acknowledge criticism – such as of the party’s handling of allegations of anti-Semitism – was similar to the “last days of Hitler”.

A Labour spokesman described her remarks as “deeply offensive”.

The peer remains Labour’s elected deputy leader in the House of Lords.

At a meeting of the centre-left Labour First group earlier this week, Baroness Hayter was reported by HuffPost to have said: “Those of you who haven’t [read the book] will have seen the film Bunker, about the last days of Hitler, where you stop receiving any information into the inner group which suggests that things are not going the way you want.”

A Labour spokesman said Baroness Hayter’s comparison of Mr Corbyn’s team with the Nazi regime was “truly contemptible, and grossly insensitive to Jewish staff in particular”.

Her sacking was the latest development in Labour’s long-running dispute over anti-Semitism, which has led to MPs and peers quitting the party.

Baroness Hayter was one of four peers who wrote to Mr Corbyn to call for an investigation into claims aired in a BBC Panorama programme that senior figures in the party interfered in the disciplinary process of dealing with anti-Semitism complaints. 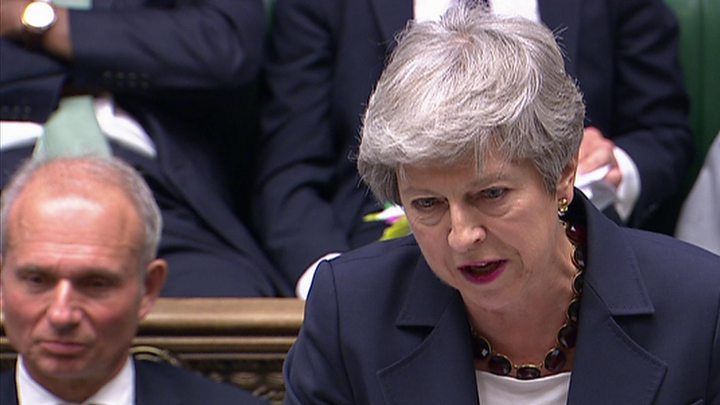 Earlier on Wednesday, 67 of Baroness Hayter’s fellow Labour peers took out a newspaper advert accusing Mr Corbyn of “failing the test of leadership” over the issue of anti-Semitism.

Meanwhile, Prime Minister Theresa May said it was a “disgrace” Mr Corbyn had “dodged his responsibility” for tackling anti-Jewish prejudice.

The Labour leader insisted he was “dealing” with the issue and accused Mrs May of failing to address her own party’s problems with Islamophobia.