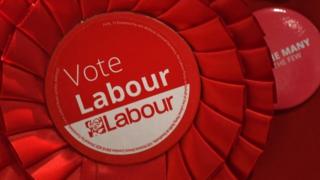 Labour staff members have been warned that a reduction in funding after the party’s election defeat could have an “immediate impact” on their jobs.

An email to staff from Labour’s HR director said the party will have to consider its structure because of a reduction in Short money funding.

This is given to opposition parties based on seat and vote numbers.

But some MPs have criticised the move and its impact on lower-paid staff while the “top” remain in place.

The party ended up with 59 fewer MPs than the last election two years ago.

Labour leader Jeremy Corbyn has said he will stand down “early next year” and his advisers have remained in post.

In the leaked email, Joe Perry, Labour’s director of HR and safeguarding, said the reduction in Short money funding would impact those employed within Jeremy Corbyn’s office and political adviser roles linked to the shadow cabinet.

“Therefore our focus is going to be on talking to those individuals impacted and over the next few days we will give our full support to them,” he said.

He said the party needed to “take some time to reflect” on the election result and “look at what this will mean for the way we are structured as an organisation and the impact this will have on the way we work in future”.

“We will also need to keep LOTO (Leader of the opposition) functioning efficiently and effectively to ensure we hold this government to account and ensure a smooth transition period to a new leadership,” Mr Perry added in the email.

BBC political correspondent Helen Catt said the Short money that Labour will receive from Parliament will be reduced within days.

Commons authorities are still calculating the new allocations, but the first revised payment is due by 31 December.

Based on the former awards, Labour is likely to see its annual grant reduced by just under £1.5m a year, our correspondent said.

As the official opposition, Labour will also continue to receive a flat annual fee of just over £800k a year to run the Leader of the Opposition’s Office.

In response to the email, Labour MP for Ilford North, Wes Streeting, a critic of Mr Corbyn’s leadership, said it was “unacceptable” for lower paid staff to face this uncertainty while “the architects of our defeat” have “protected themselves”.

“It’s the sort of thing you might expect from the worst corporations,