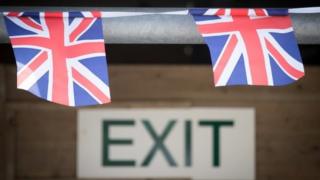 A legal challenge to try and prevent Boris Johnson shutting down parliament to force through a no-deal Brexit is to get under way later.

The aim is to get the Court of Session in Edinburgh to rule that suspending parliament to make the UK leave the EU without a deal is “unlawful and unconstitutional”.

The move is backed by more than 70 MPs and peers.

The initial hearing to determine how the legal challenge will proceed is due to take place before Lord Doherty later.

A challenge brought by the same group of anti-Brexit politicians last year saw the European Court of Justice rule the UK can cancel Brexit without the permission of the other 27 EU members.

Jolyon Maugham QC, director of the Good Law Project, which is supporting the latest challenge, said: “A man with no mandate seeks to cancel Parliament for fear it will stop him inflicting on an unwilling public an outcome they did not vote for and do not want.

“That’s certainly not democracy and I expect our courts to say it’s not the law.”

Image copyright Getty Images Image caption The court action was brought in Scotland’s top civil court as it sits through the summer, while the equivalent court in England is on holiday

The UK is currently due to leave the EU on 31 October, with the prime minister saying Brexit will definitely happen on that day regardless of whether or not a deal has been agreed with the EU.

Most MPs at Westminster are opposed to a no-deal Brexit, and there has been speculation that Mr Johnson could try to get around this by closing parliament in the run-up to 31 October.

This is known as proroguing, and would require the permission of the Queen.

The group of pro-Remain politicians involved in the legal action at Scotland’s highest court argue that shutting down parliament in this manner would be unlawful.

The Commons Speaker John Bercow has said the idea of the parliamentary session ending in order to force through a no-deal Brexit is “simply not going to happen” and that that was “so blindingly obvious it almost doesn’t need to be stated”.