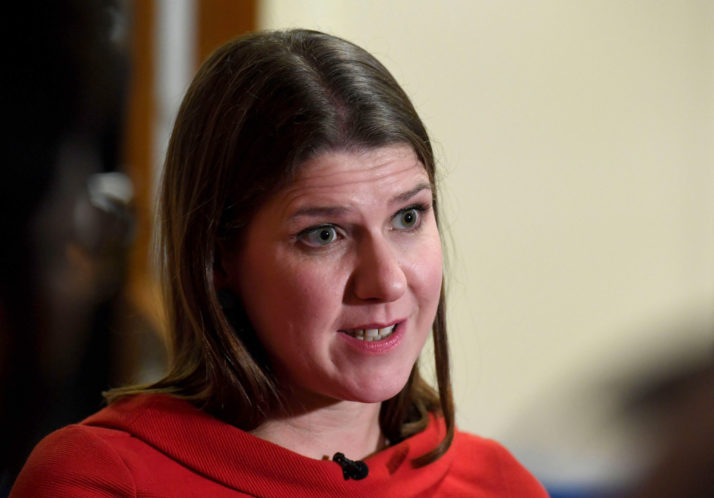 Jo Swinson will launch her party’s plan in central London on Wednesday evening.

LONDON — Jo Swinson on Wednesday morning unveiled the Liberal Democrat manifesto ahead of the U.K. general election, with a central pledge to cancel Brexit.

The Lib Dem boss said in a statement her prospectus for the country was a “bold plan to build a brighter future for our country, and that starts with stopping Brexit.”

Ahead of a launch event in central London on Wednesday night, she added: “Labour and the Conservatives can’t offer the country a brighter future because they both want Brexit. We know that will be bad for our economy, bad for our NHS and bad for our environment.”

At the heart of the Lib Dem manifesto is a prediction that stopping Brexit will deliver a £50 billion “Remain bonus” to the public finances — assuming the economy grows at a faster rate than it would under the Brexit deal agreed by Prime Minister Boris Johnson.

The Lib Dems said that cash would go towards its spending plans, which include reversing school cuts, extending free childcare for two-year-olds and from nine-months for working parents and giving adults £10,000 over their lifetimes to spend on education and training.

They also plan to borrow £130 billion to invest in capital infrastructure projects, £80 billion of which would be spent on environmental measures such as rail building and improvement and home insulation.