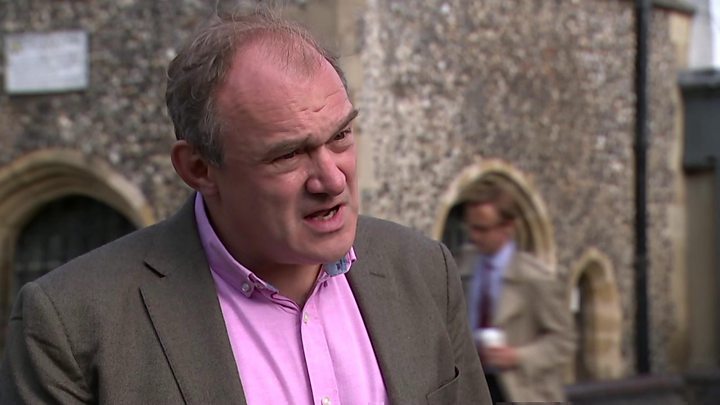 The party has suffered three poor general elections in a row and Sir Ed warned that it needed to “listen” more.

An internal review found the party’s main Stop Brexit pitch “effectively ignored” the priorities of half the electorate.

The four day-conference will be held online due to Covid-19.

The event, which will feature debates on racial justice, mental health, and creating a “federal” UK, replaces a traditional conference in Brighton cancelled because of the pandemic.

The Liberal Democrats secured 11.5% of the UK vote at last year’s general election and won 11 seats in Parliament. Then-leader Jo Swinson was among those from the party who lost their seats.

The party review, published in May, likened its election campaign to a “high-speed car crash,” finding voters deemed a plan to present Ms Swinson as the next PM “unrealistic”.

The report also found the party’s main pitch to revoke Brexit if elected as a majority government was presented as “undemocratic” by other parties.

It added the Stop Brexit pitch also “effectively ignored” up to 50-60% of voters “who weren’t really that passionate either way” about the UK’s EU membership.

Last month, Sir Ed – who served in the cabinet during the 2010-15 coalition government – won the contest to become the party’s permanent leader following the election defeat last year.

Speaking ahead of the conference, he said: “The coronavirus crisis is taking an enormous toll on people’s lives and livelihoods. People are worried about their loved ones and millions of families are facing financial hardship.

“To represent communities across the country, Liberal Democrats need to listen.

“We need to be a party of aspiration, relevance and compassion that understands how we can deliver more of what small business owners, nurses, teachers, parents, carers and communities really need.”

He also attacked Prime Minister Boris Johnson for leading an “incompetent” government and promised the Lib Dems would build a “positive post-Covid future by embracing a caring, greener and fairer approach”.

Speaking on a visit to St Albans ahead of the start of the event, he accused Mr Johnson of “game-playing” during the UK’s post-Brexit trade negotiations with the EU.