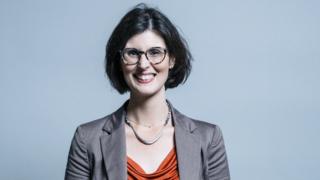 Oxford West and Abingdon MP Layla Moran has said she will be standing in the contest to become the leader of the Liberal Democrats.

She said her party faced an “existential challenge” and needed to focus on a positive vision for the UK.

Jo Swinson resigned after losing her seat at the general election in December, in which the Lib Dems dropped from 12 to 11 seats.

Nominations for candidates will open on 11 May, the party has said.

Declaring her candidacy, Ms Moran said the decision had been a “long-time coming”, but she had felt “frustrated” over the last three years about the direction the party was going in.

“We have spoken a lot about what Liberal Democrats at a national level are against, but that’s just not good enough and people want to have a positive vision for the country,” she said.

The 37-year-old said she wanted to make sure a no-deal Brexit was avoided, and she would prioritise opportunity, education and climate change, according to the Local Democracy Reporting Service (LDRS).

She said she wanted to promote “pragmatic” cross-party work, and “kinder gentler politics”.

Who is Layla Moran?

Ms Moran, who is currently the Lib Dem spokesperson for education, has been an MP since 2017.

The daughter of a former EU ambassador and a Christian Arab from Jerusalem, she said she was the first ethnic minority Lib Dem MP and the first MP of Palestinian descent.

In Oxford West and Abingdon, she overturned a Conservative majority of 9,582 to narrowly gain the seat in 2017, and increased her majority to nearly 9,000 in the 2019 election.

Last year Ms Moran admitted slapping her then-boyfriend at a party conference in 2013, leading to them both being arrested.

In January, the former maths and physics teacher announced she was pansexual and in a relationship with a woman.