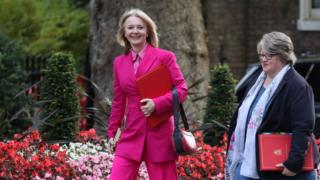 The brief had been held by ex-work and pensions secretary Amber Rudd before she quit last week, but was not given to her successor Therese Coffey.

Labour has accused the PM of treating the role as an “inconvenience”.

Ms Rudd dramatically quit her cabinet role on Saturday, launching an outspoken attack on the government’s approach to Brexit.

Speaking before Ms Truss’s appointment, shadow women and equalities secretary Dawn Butler had expressed concerns the role was being “undermined”.

“When the next person is appointed, they will be the tenth to be appointed to the brief since 2010,” she told the Commons on Monday.

“The post has moved departments four times, and a new minister would be the fifth I will have shadow