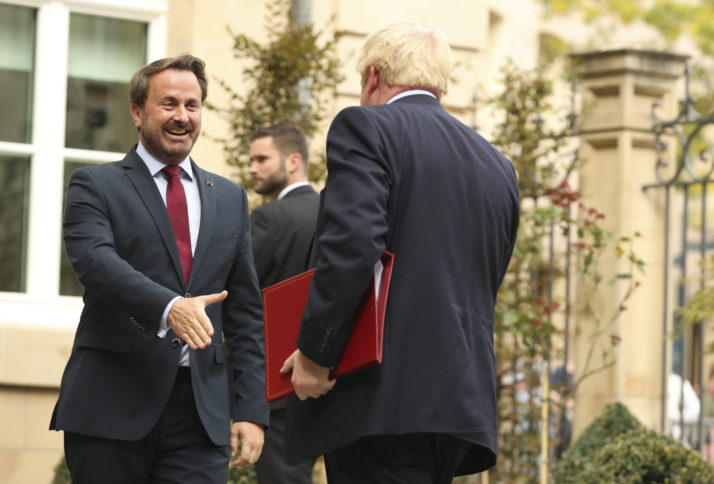 Luxembourg PM: UK plays by our rules or accepts no deal

Xavier Bettel warns of Brexit cliff-edge at the end of 2020.

LONDON — The prime minister of Luxembourg today urged the U.K. to accept the rules of the EU single market or face a cliff-edge at the end of 2020.

Xavier Bettel, who is in London for the NATO summit, told an academic audience that the U.K. must decide what it wants from its future relationship with the European Union.

“We cannot accept cherry-picking. You decided to leave. I won’t accept that you destroy the single market. We have rules and you will have to accept these rules. It is not that the U.K. will change Europe,” he said.

Bettel was speaking about how the EU should promote its interests and values on the global stage at the London School of Economics and Political Science. His visit comes four months after his British counterpart Boris Johnson was left humiliated during a chaotic official trip to Luxembourg.

In a stark warning to Johnson, Bettel said “there’s a possibility to have a cliff-edge, to have nothing” at the end of 2020. He dismissed suggestions the Brexit transition could be extended if the U.K. and the EU have failed to strike a deal on their future relationship when it expires in December 2020.