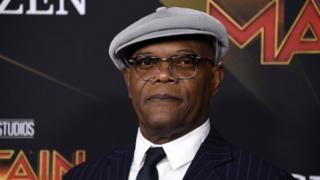 As MPs rushed around Westminster at loggerheads over Brexit, they may have missed a superstar in their midst.

Hollywood actor Samuel L Jackson has been in SW1 carrying out research for an upcoming documentary on slavery.

The film will mark 400 years since the first African citizen was transported as a slave.

Jackson revealed his whereabouts on Instagram, posting a picture from Victoria Tower Gardens – just outside the Houses of Parliament.

He also shared images of himself with a copy of the Abolition Abolition of the Slave Trade Act of 1807, which is held by the National Archives.

Abolition of The Slave Trade Act of 1807!#houseofparliament#enslaveddocumentary 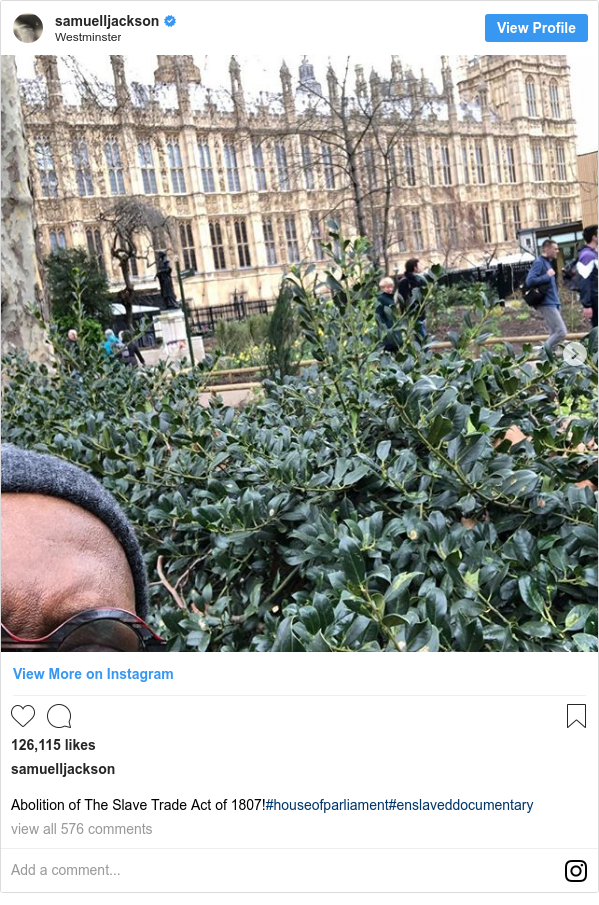 One user replied to his post: “Welcome to London, you came to solve Brexit?”

While another wrote: “You’re in London and you haven’t told me! We could have a coffee!”

Jackson’s six-part documentary will also look at the underwater archaeological evidence of what is left of slave ships on the sea floor.