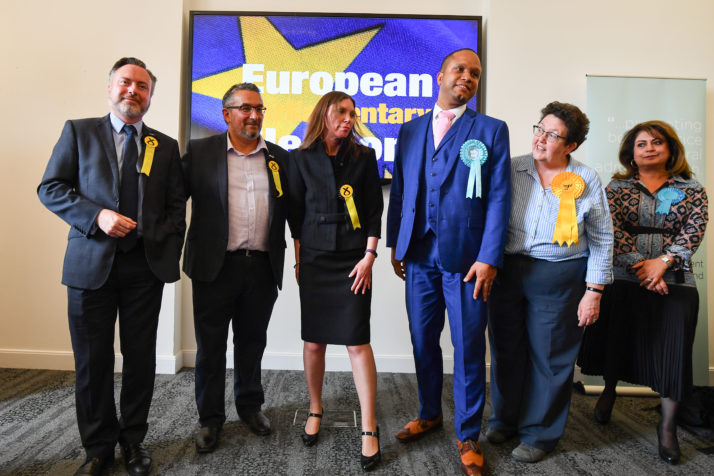 Scottish MEP says his ‘personal values’ are ‘now in direct conflict with those of the party.’

A member of the European Parliament said he was leaving the Brexit Party over its decision to put forward for election a candidate “who has openly posted homophobic views across social media.”

Louis Stedman-Bryce said on Twitter Tuesday that the party’s decision “is not only a betrayal of the LGBT community but also a betrayal of everyone who believes that such divisive and hateful views have no place in our society.”

That appeared to be a reference to Victor Robert Farrell, who was the Brexit Party’s candidate in Glenrothes in the east of Scotland. Earlier this week, the member of the Scottish parliament for the region, Jennie Gilruth, posted what she said were screenshots from Farrell’s social media accounts, dating from 2017, in which he declared with reference to the LGBTQ community “WAR WITH YOU ALL” and called for the “Christ-rejecting swamps” to be drained and “the creatures therein … making into shoes and handbags and buried with Hugh Heffner [sic].”

A spokesman for the Brexit Party said Monday it “does not share these views. We have withdrawn our support for the candidate,” according to Kingdom FM radio.