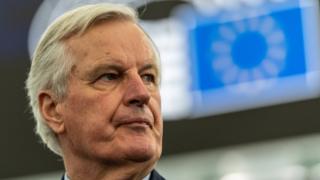 The UK cannot have the same trade deal with the EU as Canada, according to the bloc’s chief negotiator.

Michel Barnier said the EU was ready to offer an “ambitious partnership” with the UK post-Brexit, but its “particular proximity” meant it would be different.

It comes after the UK’s chief negotiator, David Frost, made a speech in Brussels calling for a “Canada-Free Trade Agreement-type relationship”.

The two sides are due to start negotiations next month.

The UK left the EU on 31 January and is now in a transition period – following the majority of the bloc’s rules – while a post-Brexit trade deal is hammered out.

Prime Minister Boris Johnson has put a deadline of 31 December on agreeing a plan, saying he will not extend the transition period beyond then.

On his first speech about the trade deal since his general election win, Mr Johnson said he wanted to pursue a model similar to that of Canada’s, which took seven years to negotiate.

Under the agreement, import tariffs on most goods have been eliminated between the two countries, though there are still customs and VAT checks. 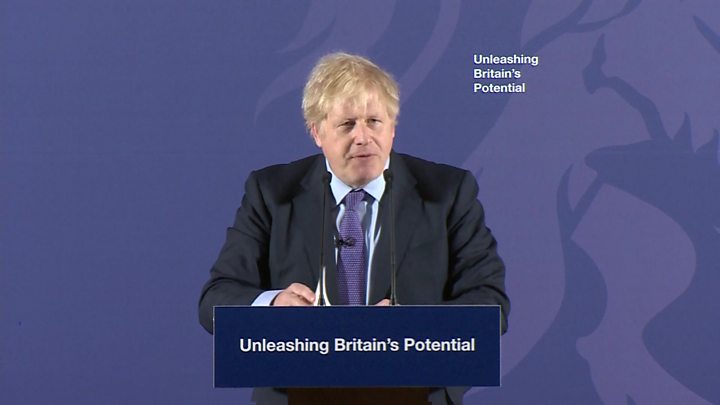 Media captionPM: We want a Canada-style deal with the EU

But speaking to reporters as he arrived at the European Parliament, Mr Barnier cast doubt on the possibility.

“We remain ready to offer the UK an ambitious partnership,” he said.

“A trade agreement that includes in particular fishing and includes a level playing field, with a country that has a very particular proximity – a unique territorial and economic closeness – which is why it can’t be compared to Canada or South Korea or Japan.”

Mr Barnier said the EU remained “ready to work very quickly with the UK” on the basis of the agreement with Mr Johnson ahead of Brexit, adding: “We remain ready to propose this partnership if the UK wants it.”

Speaking in Brussels on Thursday, Mr Frost said the UK “must have the ability to set laws that suit us” and not be subject to rulings from European courts.

He reiterated Mr Johnson’s desire for a Canada-type agreement and said if it could not be agreed, the U