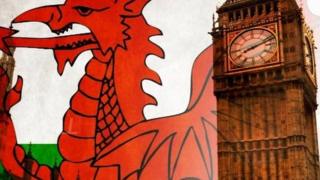 The Welsh Government is seeking “urgent clarification” from UK ministers that they are not preparing to take over some of its spending powers.

Wales’ European transition minister Jeremy Miles said such a move would be a “roll back” of devolution.

Proposals for a draft law due next week said the UK government will “consider which spending powers it needs” to enhance the UK internal market.

The UK government said it will confirm details of its plans “in due course”.

From next year powers which had resided with the EU will be transferred to the governments around the UK.

A draft law aimed at ensuring trade within the United Kingdom can continue smoothly under these new arrangements is expected to be published next week.

As well as covering trading rules and standards, proposals published in July said the UK government was also looking at the way it spends money in all four nations.

It said: “The government will consider which spending powers it needs to enhance the UK internal market, to help people and businesses in each nation to take advantage of it, and to further its ambition to level up every part of the UK.

“In exercising any such new powers, the government will provide funding fairly across the nations.”

Image caption Jeremy Miles: “We need to get an urgent clarification and commitment from the UK government”

Mr Miles told BBC Wales he asked Mr Gove for an “assurance” the UK government was not “seeking to take for itself expenditure powers which are currently devolved”.

“That would be to roll back the devolution settlement in relation to expenditure, and I didn’t get that assurance.

“So we wait to see what’s in the bill next week, but it would have been very straightforward to give that assurance today, and I didn’t get it.

“And I think we need to get an urgent clarification and commitment from the UK government, that that isn’t the case.

“That would be to roll back devolution which people in Wales have voted for on several occasions.”