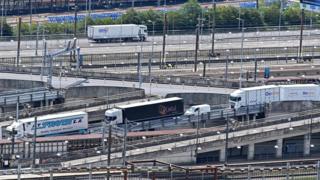 The UK government has unveiled its blueprint for policing trade between different parts of the country after the post-Brexit transition period ends.

Scotland, Wales and Northern Ireland are set to be handed powers in areas such as air quality and animal welfare currently regulated at EU level.

But in a bid to protect cross-border trade, they will have to recognise standards drawn up elsewhere in the UK.

The SNP says the plan would “strip power” from the Scottish Parliament.

Since leaving the EU in January, the UK has continued to follow the bloc’s customs and single market rules as part of a transition period due to end in December.

The UK government has now set out which powers currently held by the EU it plans to take on, and which will be given to devolved administrations.

Under proposals to be set out in legislation later this year, Scotland and Wales will acquire new powers in areas including food labelling, support for farmers and energy efficiency.

Northern Ireland, which will continue to follow many EU rules after the transition period ends, will gain an even wider range of powers, including in areas such as medicine pricing and rail safety.

The UK government has however said that devolved administrations will have to recognise the rules, so as not to harm trade within the UK.

In a policy paper, it says this will ensure a level playing field for all firms regardless of which UK nation they are in, to ensure a UK-wide “internal market”.

‘Race to the bottom’

Scottish Constitution Secretary Michael Russell said the proposals represented a “power grab” that would strip power from the Scottish Parliament.

He added that the plan would enable the UK government to “impose lower standards on Scotland” in its bid to sign trade deals around the world after Brexit.

He added: “Our world class reputation for high-quality food and drink would suffer from these proposals as the UK government embarks on a race to the bottom”. 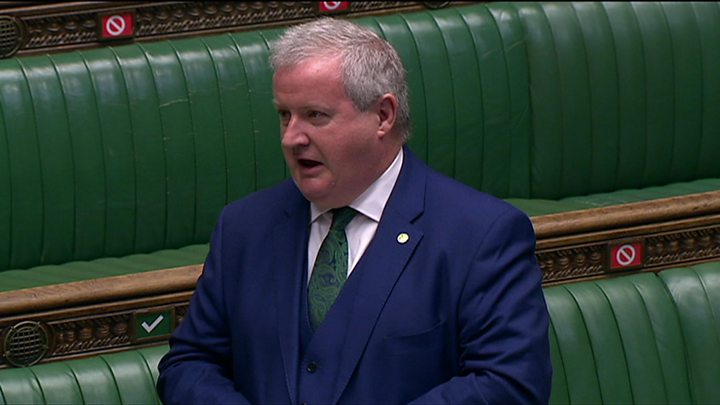 Cabinet Office Minister Michael Gove says the proposals represented a “power surge to the devolved administrations” in a number of areas.

He pledged the government would work with devolved bodies to develop a “new structure for how we can co-operate better and share ideas”.