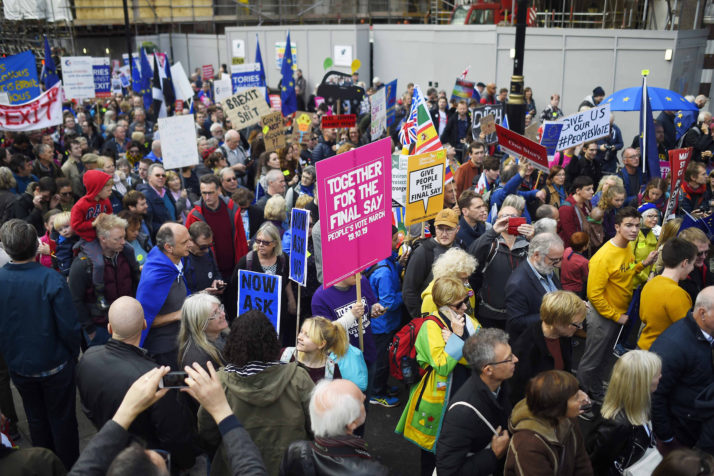 Crowds march through central London to demand a People's Vote on the Governments new Brexit deal on October 19, 2019 in London | Peter Summers/Getty Images

LONDON — Senior figures from a U.K. anti-Brexit campaign that exploded in acrimony have formed a new group to fight for continued EU membership.

The Vote for a Final Say campaign was set up by political communications veterans Tom Baldwin and James McGrory. It includes former elements of the People’s Vote campaign, which split this month, and the youth group For Our Future’s Sake. Both groups previously campaigned under the umbrella group Open Britain, which descended into infighting in October over the leadership of former chair Roland Rudd.

Vote for a Final Say said it has raised thousands of pounds in donations since last week and is launching a drive to help 25 anti-Brexit candidates from the Labour Party, the Liberal Democrats and the Scottish National Party win in key marginals at the election on December 12.