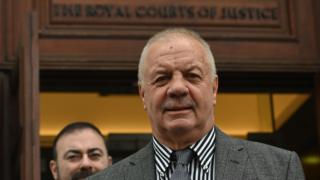 A judge at the High Court in Belfast has dismissed a legal challenge against a no-deal Brexit.

One of the three cases brought was by the victims’ campaigner Raymond McCord who plans to appeal the decision.

The court heard arguments that a no-deal would have a negative effect on the peace process and endanger the Good Friday Agreement.

But the judge said the main aspects of the case were “inherently and unmistakeably political”. 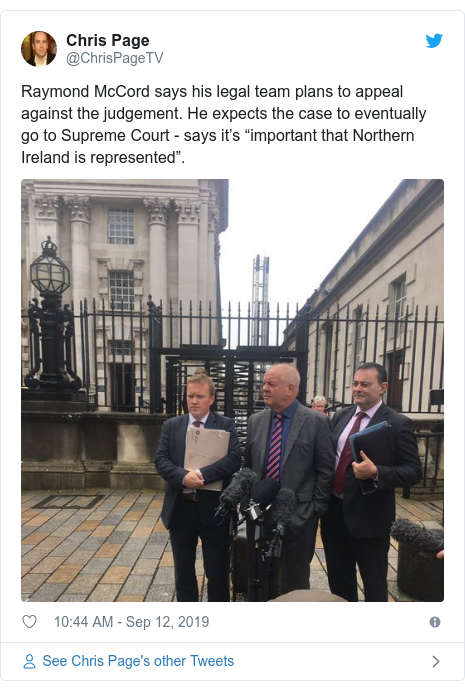 Lord Justice Bernard McCloskey added that the courts had to “respect certain boundaries”.

In his written judgement, Lord Justice Bernard McCloskey added: “Within the world of politics the well-recognised phenomena of claim and counterclaim, assertion and counter-assertion, allegation and denial, blow and counter-blow, alteration and modification of government policy, public statements, unpublished deliberations, posturing, strategy and tactics are the very essence of what is both countenanced and permitted in a democratic society.”

He also excluded a challenge against the suspension of Parliament because the issue formed the “centrepiece” of proceedings in England and Scotland.

An appeal hearing is likely to be held on Friday.