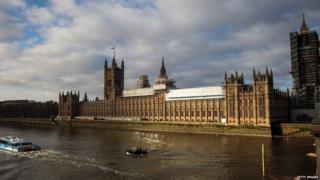 Plans to cut the number of MPs from 650 to 600 have been dropped by the government, citing “a greater workload” following Brexit.

David Cameron had proposed the idea in 2012, when he was prime minister, in a bid to reduce the cost of politics.

Under the changes, 50 constituencies would have been wiped from the electoral map including Labour leader Jeremy Corbyn’s Islington North seat.

But the government has now said it is “sensible” to maintain current numbers.

Cabinet Office minister Chloe Smith said in a written statement that following the UK’s departure from the EU Parliament will be taking on more work and, therefore, a reduction in the number of MPs was no longer needed.

She said the government would still go ahead with proposals to create constituencies containing near-equal numbers of voters, which will lead to a significant redrawing of the electoral map and see some safe seats transformed into marginals, and vice versa.

The government will also call for constituency boundary reviews to take place every eight years instead of every five.

Four constituencies – Orkney and Shetland, Na h-Eileanan an Iar, and two seats for the Isle of Wight – will continue to have special status and therefore be protected from any re-organisation plans.

The move was welcomed by Darren Hughes, chief executive of the Electoral Reform Society who said: “Plans to cut voters’ representation in the Commons would have un