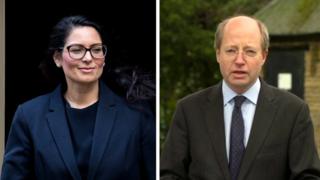 Priti Patel has said she regrets the resignation of her former top civil servant Sir Philip Rutnam amid bullying allegations against her.

In an e-mail to Home Office staff, she thanked him for his service but said it was “now time for the Home Office to come together as one team”.

She said she “deeply cared” about the “wellbeing” of her civil servants and valued their professionalism.

Sir Philip said he had been forced out of his job after a “vicious” campaign.

The prime minister has given Mrs Patel her support but the Cabinet Office is investigating whether she broke the ministerial code.

Ms Patel has not commented publicly on the allegations her, but government sources have said she denies them.

He said she had failed to disassociate herself from press briefings against him and he now intended to take legal action against the Home Office on the basis of constructive dismissal.

In the internal email to home office staff, Mrs Patel thanked Sir Philip for his “long and dedicated career of public service” and praised the civil service for the support they gave to ministers. 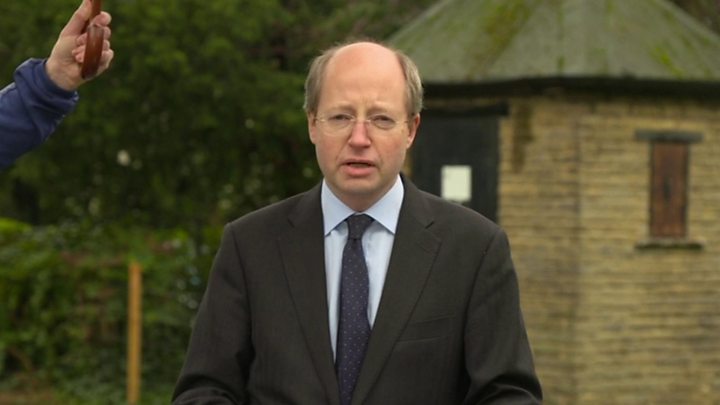 “We both deeply value the work that every person in this department does and care about the wellbeing of all our staff.

“It is therefore a time for us all to come together as one team.

“We also recognise the importance of candour, confidentiality and courtesy in building trust and confidence between ministers and civil servants. Both of us are fully committed to making sure the professionalism you would expect to support this is upheld.”

While acknowledging the “huge amount” achieved by her department in a short period, she said it needed to “drive forward” the government’s priorities, including tackling violent crime and implementing the biggest changes to the UK’s immigration system in a generation after Brexit.

“We have one of the most important jobs to do, keeping people safe and our country secure and delivering on the government’s priorities,