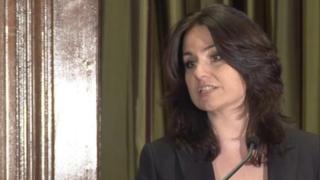 A pro-Brexit war veteran who menaced a Remain-supporting MP with “terrifying” online posts has been jailed.

A judge described Couch’s campaign against her as “a profound attack on democracy” which put her “at significant risk”.

He was given a 24-week sentence at Westminster Magistrates’ Court.

The Falklands War veteran, of Elsworth, Cambridgeshire, was also fined £120 for missing a previous hearing.

He admitted two counts of sending offensive, indecent, obscene or menacing messages in January this year.

Accompanying text said he was “close to giving out her address to the people that want it”, prosecutors said.

In an email sent to the MP the next day, he told her a lot of people had asked him for photos of her home.

But he said he had refused, the court heard, because he admired her constituency work.

He said the “cumulative effect” of the messages would have been terrifying.

In a statement read in court, Ms Allen said she had felt scar