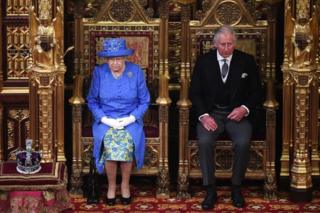 On Monday Elizabeth II will deliver her 65th Queen’s Speech to Parliament, outlining the government’s plans and 22 bills. So what can we expect?

The main piece of legislation will be the Withdrawal Agreement Bill, to be voted on if Boris Johnson agrees a Brexit deal with the EU this week.

Other bills will focus on “access to innovative medicines” and opening up markets to “create jobs throughout the UK” following Brexit, Downing Street says.

A bill proposing scrapping the rail franchise system – the contracting out of services that was introduced when the system was privatised in the 1990s – will be included in the speech.

Plans to update the Mental Health Act and for an investigations body to improve patient safety will be unveiled, according to newspaper reports.

At the Conservative Party conference, Justice Secretary Robert Buckland pledged to increase the time served in prison for those found guilty of the most serious violent and sexual offences.

This is likely to come alongside proposals to offer more support to those affected by serious crime.

Home Secretary Priti Patel has said the government will bring in sentences that will make people “think twice” before assaulting a police officer.

There could also be a new “police covenant” – a promise recognising the service and sacrifice of officers – to be enshrined in law.

A bill aimed at setting binding targets on air pollution and cutting plastic use will be introduced.

The government says it is prioritising enhanced devolution, with more metropolitan mayors, greater powers for existing mayors and more