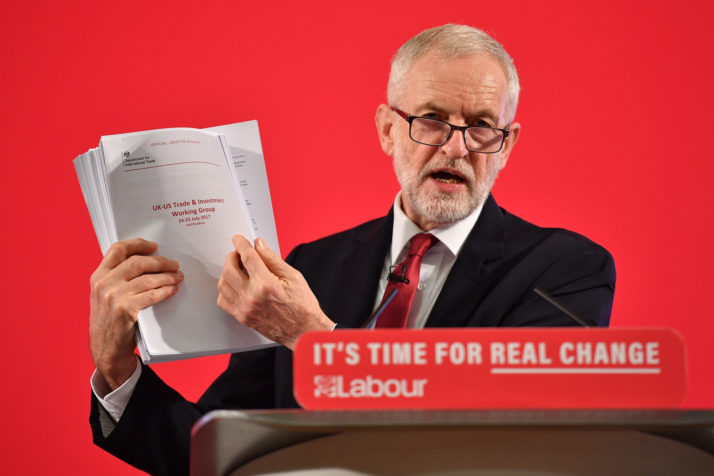 By Mark Scott and Eleni Courea

LONDON — Did Russia try to meddle in the upcoming election in the United Kingdom?

That’s the suggestion after Graphika, a social media analytics firm, published a report Monday that linked a recent leak of trade talks between London and Washington to tactics used by an established Russian disinformation operation.

The leak — that showed notes from discussions between U.S. and British officials about a potential free-trade agreement after the U.K. leaves the European Union — bears a close resemblance to “Secondary Infektion,” a Kremlin-backed online operation, according to security expert Ben Nimmo, who wrote the analysis.

“The similarities are too close for it to be a coincidence,” Nimmo said. “The big question is how did internal U.K. government documents end up on social media accounts as part of a possible disinformation campaign?”

The leak fueled division across the U.K. about whether the current ruling Conservatives would seek to privatize the country’s much-loved NHS — a key attack line of the opposition Labour party, which Boris Johnson’s government has vehemently denied. Whoever was behind the recent leak used the same combination of websites and burner accounts with matching names previously used by Russia.