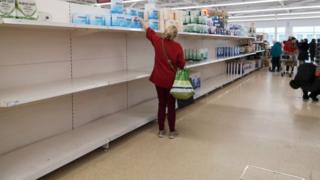 Supermarkets have cast doubts on an assurance from the health secretary that food supplies would not be disrupted by the coronavirus outbreak.

On Thursday, Matt Hancock said: “We are working with the supermarkets to make sure that, if people are self-isolating, then we will be able to get the food and supplies that they need.”

But supermarket sources said they had not discussed getting food to homes.

One executive said he was “baffled” by the suggestions.

An executive told BBC business editor Simon Jack: “Matt Hancock has totally made up what he said about working with supermarkets. We haven’t heard anything from government directly.”

He added that sales of cupboard basics such as pasta and tinned goods have “gone through the roof”. 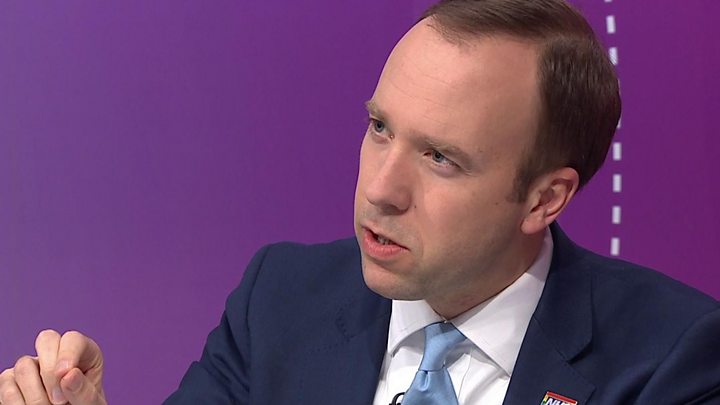 While the supermarket was largely keeping up with demand, teams were working “round the clock” to keep shelves stocked, he said.

“We are using processes and staffing levels we set up in case of a no-deal Brexit.”

The executive added: “While I think people don’t need to panic buy and should just shop normally, I’m not sure the government can guarantee all food supply in all instances.”

There was no suggestion that there were food shortages, but people bringing forward some purchases was creating logistical challenges, he said.

Mr Hancock, who was answering a question from a member of the BBC Question Time audience, also said the government was “confident” food supplies would not run out and there was “absolutely no need” to panic-buy.

But a source at another supermarket said while it had had some overarching discussion with government departments about overall readiness, it had not a conversation about ensuring uninterrupted food supplies.

When asked specifically about Mr Hancock’s comments, the supermarket said it did not recognise them.

A source at a rival supermarket also raised concerns over whether online deliveries could meet the demands of large numbers of people in self-isolation, with online delivery usually making up only 6-7% of the overall market.

“We can’t switch a whole load of new vans on overnight,” the source said.