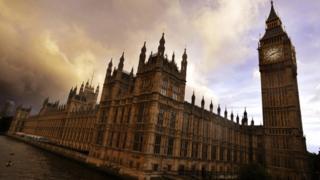 A long-awaited report on the nature of Russian interference in UK politics will be published on Tuesday morning.

The publication has been delayed since before the 2019 election, because it relied on a decision by the Intelligence and Security Committee, which was not reformed until last week.

The government has been accused of delaying the formation of the committee to avoid scrutiny.

Downing Street denied that the delay was due to political reasons.

The report is expected to assess the extent of Russia’s interference in the 2017 election and the 2016 Brexit referendum.

It was already known that it would be published this week after the newly established committee voted unanimously to release it before the Commons rises for its summer break on Wednesday.

It comes after a row over the election of Julian Lewis as the committee’s new chair.

Dr Lewis lost the Conservative party whip after he was elected by the other members of the committee ahead of Chris Grayling who was believed to be No 10’s preferred choice for the role.

What’s in the Russia report?

Espionage, subversion and influence: that’s what the Russia Report is all about. How far has Russia been carrying out such activities and has enough been done to stop them?

It is not just about the traditional spy-versus-spy intelligence-gathering to steal secrets, but a