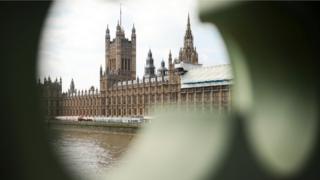 A long-awaited Parliamentary report into alleged Russian interference in UK democracy is yet to be published.

The results of the inquiry from the Intelligence Security Committee, begun in November 2017, were passed to Boris Johnson in October last year.

The prime minister has promised MPs it will be published – but it is yet to appear.

He said on Wednesday that it would be disclosed after the committee, which was disbanded at December’s election, is up and running again.

But former chair of the committee, Dominic Grieve, told the BBC the reasons for its non-publication are “entirely bogus”.

What is the Intelligence and Security Committee?

It was set up in 1994 in order to allow Parliamentarians to scrutinise the work of the UK’s security services.

The nine-member committee is made up of MPs and peers from different parties – ministers are not allowed to be members.

Under the Justice and Security Act 2013, they are allowed to examine the “expenditure, administration, policy and operations” of MI6, MI5, GCHQ, and the government.

In the last few years, the committee has published reports on issues including the terrorist attacks in 2017 and diversity in the intelligence industry.

Unlike other committees in Parliament, the prime minister has power over who is a member – although the chair is chosen by members themselves.

What is the Russia report?

The decision to start an inquiry into Russian interference in the UK was partly prompted by developments after the Russian invasion of Crimea in 2014.

After the poisoning of ex-Russian spy Sergei Skripal and his daughter Yulia in March, the investigation became the “primary focus” of the committee in 2018.

The report was completed in March 2019, but then had to go through a process of redaction, where the government and security agencies make sure no confidential information is published.

Mr Grieve told MPs that this process had finished and the report was sent to the prime minister on 17 October.

Usually, once a report is signed off, it can be presented to Parliament – and therefore the public.

What does the government say?

During a BBC Question Time special in the run-up to the election, Mr Johnson said he saw “no reason to interfere in the normal timetable for these things just because there’s an election going on”.